project 11 was about the "OH molecule" and how the detection of this molecule indicates the formation of a planetary solar system. This planetary formation starts even before the star is born or lightens up.

Next we get the moment that the huge pressure and the high temperature starts nuclear fusion and the star starts "burning". Now the star blows away all the gas surrounding her and cleans up the sky so the star becomes visible. The fusion "burning" (transformation from H to He and so on) takes some time, and this is the period optical astronomers can study the star in all its forms. However there comes a time when all the fuel is burned and now dependent on the mass of the star it will explode as a supernova, or cools down.

One of the scientists who investigated this was Jaap Herman, who used the Dwingelo Telescope in the Netherlands to follow this proces for some years. His report is added as a pdf.

The cooling star is going to pulsate and expell regular shells of matter, losing a lot of maas this way. These shells are not circling, but are expanding.

In our line of sight, the OH molecule is moving towards us in a shell at the front of the star, or is receding us at the far side of the star. The maser frequency towards us shall be higher because of the doppler effect, and it will be lower from the masing at the far side of the star. The resulting spectrum is again a peak at the left side and another one at the right side of the rest frequency. Note that the whole system also can move toward us or away from us, so the rest frequency can also be shifted.

Below result was obtained with a RTL dongle, the free cfrad2.exe program and the Stockert 25m telescope. 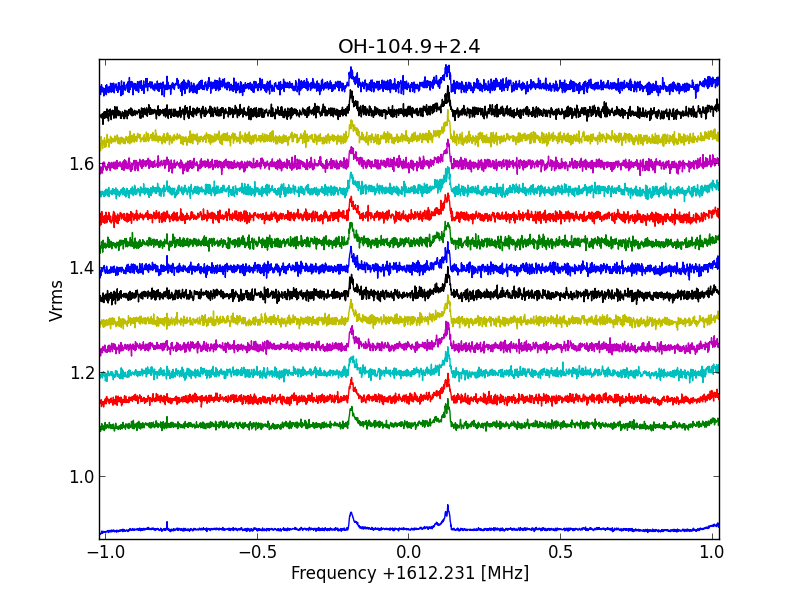 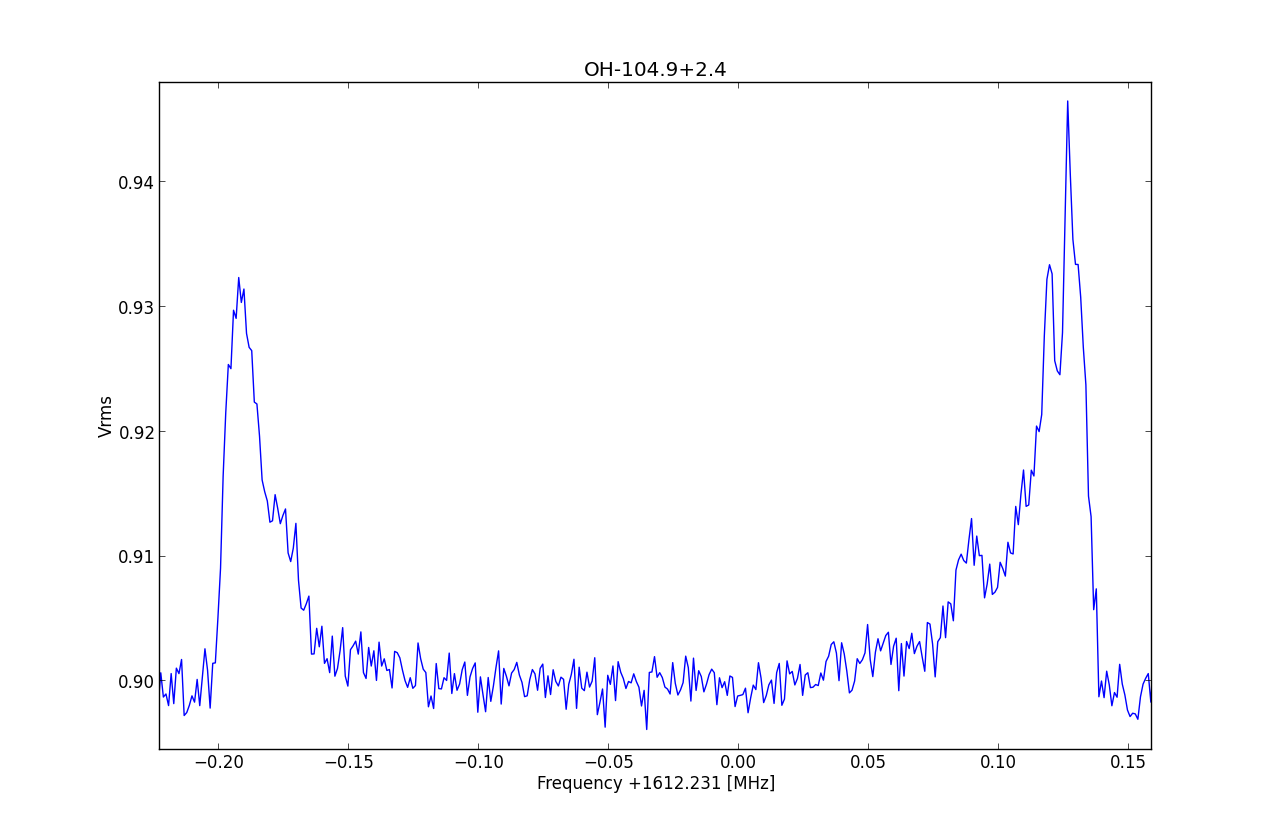 There was a time when also the Dwingeloo Telescope in the Netherlands was used to monitor the variations of the OH/IR stars. I found a publication of Jaap Herman, who discovered that the maser peaks were changing in the ritm of the pulsating star. By monitoring the moments when the two peaks reach their maximum, you notice that they do not reach that maximum at thesame time. There is a time shift, and this can be explained because the radio signal from the far side takes more time to reach us than the radio signal from the front side. A phase lag of 1 month was measured, so traveling at 3.10^8 m/s this give you a diameter of the maser shell of 30*24*3600*3*10^8=7*10^14m

As a comparation; the distance of pluto to the sun is 6*10^12m; so the diameter of the OH shell is 60 times larger then our solar system.

Our sun shall not explode, but also become a red giant and expand and reach the orbit of the earth.

From the graph, you can calculate with the doppler equation that the radial velocity of the expanding OH shell is 29.7 km/s.

I added an observation of the Arecibo telescope; "approaching death of a star"; here, see in the document fig1; the fading/dying signal

I thank Wolfgang Herrmann and his team to give me the opportunity to do these measurements in the Stockert 25m radio telescope.